Nottinghamshire Wildlife Trust seeks to build new movement for change through unique ‘Gathering’ event to be held at nature reserve on edge of City.

With less than two weeks to go until the Wildlife Trust holds its first ever ‘Gathering’ event at the Skylarks Nature Reserve at Holme Pierrpont on Wednesday August 21st, the charity has spoken of its excitement at the potential of the event to inspire positive action for the natural world.

Speaking about the event, Head of Communications Erin McDaid said: “Our Wildlife Woodland Gathering is something of a departure for us and we’re very excited to bring together people and organisations from different sectors who all share our view that more needs to be done urgently to protect wildlife and the environment. We want people to join us as we build a movement determined to make a difference for wildlife.”

The event has been inspired by The Wildlife Trusts’ UK-wide Wilder Future campaign and seeks to connect, inspire and invigorate positive action for the natural world through performance, debate, demonstration and discussion.

We want people to join us as we build a movement determined to make a difference for wildlife.

Erin added: “As well as inviting other nature conservation groups we’ll also be sharing a platform with groups who have a very different approach to us, groups such as Extinction Rebellion and the School Strike movement. We are all trying to bring about change and can all learn from one another. As well as highlighting our concerns and promoting debate the event will be a celebration of wildlife with performances, activities and demonstrations for all ages.”

As well as local musicians and poets, composer, musician and beatboxer Jason Singh will be performing.

“Jason takes his inspiration from nature and has a unique approach to performance and we’re delighted that he’s chosen to join us. Just days after the Wilder Woodland Gathering Jason will be performing at the Albert Hall in London as part of a nature themed Prom – so he’s very much in demand.”

The free Wilder Woodland Gathering on Wednesday 21st August between 1pm and 7pm. It will be held at Skylarks Nature Reserve at Holme Pierrepont, off Adbolton Lane, just two miles from the centre of Nottingham. 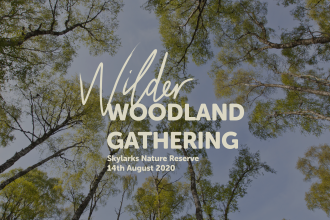 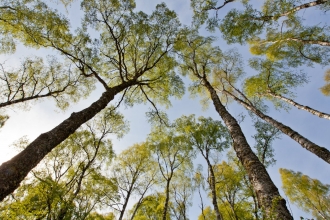 Join us as we gather under the canopy of the Skylarks woodland to celebrate, share and learn in nature with family activities, music,… 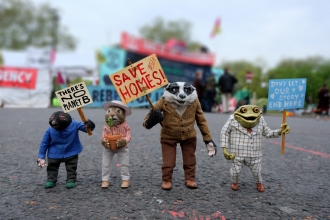 Help us create a Wilder Future

Help us campaign for a #WilderFuture and a Wilder Nottinghamshire. We all need to take actions, small or large to protect and stand up…

A range of exciting habitat projects, being delivered by Nottinghamshire Wildlife Trust with funding support from Severn Trent Water and…

Nottingham is taking part once again in the global City Nature Challenge, and needs your help.