The origins of the Trust date back to 1962 when the indomitable Ted Smith OBE addressed a gathering of some 50 like-minded individuals at the Shire Hall, brought together by the Rural Community Council.  The meeting stated that:

Conservation is the protection of wild plants and animals and man cannot escape from nature or the consequences of the misuse of it.

Conservation demands an understanding of the potentials of land and this has often proved wild plants and animals to be of economic use to man.

Conservation is concerned with the preservation of the variety of natural life, providing centres of diversity which are a source of interest, recreation and enjoyment.

Over the years, these sentiments have served the Trust well and still resonate today.

Building on this early enthusiasm, a formation committee was established which included, among others, the Trent Valley Birdwatchers, the Nottingham Natural Sciences Field Club and the University of Nottingham.

The inaugural meeting of the Nottinghamshire Trust for Nature Conservation was held on 11 May 1963 in the grand surroundings of the University of Nottingham. The Memorandum of Association for the new charity was agreed, together with subscription rates – individual membership was set at £1.

Major-General Sir Robert Laycock was elected as President and Harold Mather as Chairman, a post he would hold for four years, to see the Trust through its early beginnings.

The resolve that had galvanized the formation of the Trust in 1963 was put to the test in 1965 when an application was made to infill the lakes at Attenborough with pulverized fly ash from the Trent Valley’s power stations.

The Attenborough Gravel Pits, as they were then known, were a valued open space on the edge of Nottingham’s expanding conurbation and of growing importance to birdwatchers and dog walkers alike.  Local feelings ran high and the application was eventually withdrawn after the Trust and others raised objections.

Negotiations followed and the site was taken on under lease becoming the Trust’s first nature reserve in 1966.  Fittingly, it was opened by Sir David Attenborough himself, whose family hailed from the Attenborough village that skirts the reserve.

This would begin a long association between Sir David and the nature reserve that shares his name, and he would be subsequently awarded honorary life membership of the Trust.

In 1966 a public meeting was held in Retford to publicise the work of the Trust, leading to the formation of the North Notts Local Group, the first of eight local groups formed as concern for protecting other local wildlife areas soon stretched across the county.

Treswell Wood is one of the best examples of an ash / oak / maple wood in the county and was the first Nature Reserve to be purchased by Nottinghamshire Wildlife Trust in 1973.

This was achieved after a public appeal for support, led by John Walker who wanted to save the Wood from being felled and re-planted with conifers.

The estate grew steadily through the eighties with Wilwell Farm Cutting taken on in 1981, followed in 1983 by Eaton and Gamston Woods and part of Teversal Pastures. 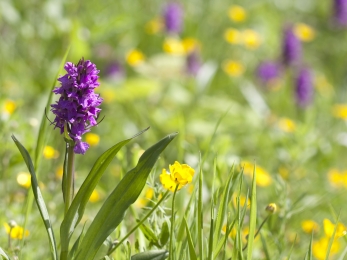 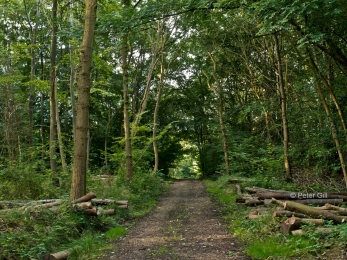 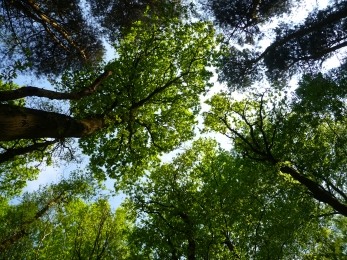 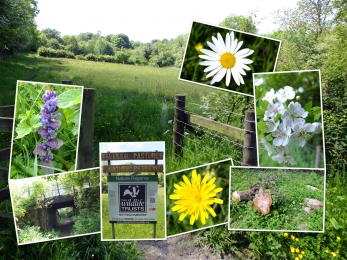 In 1985 the Trust added Kirton Wood, Ashton’s Meadow, Eakring Meadow and Rainworth Heath, helped by appeals for funds as well as assistance from Nottinghamshire County Council, WWF and the Nature Conservancy Council. 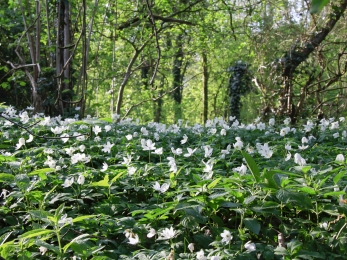 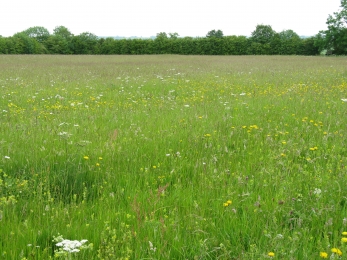 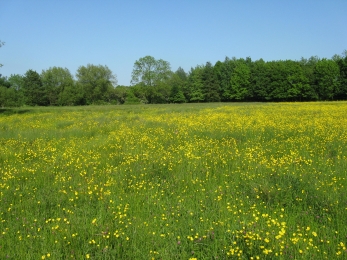 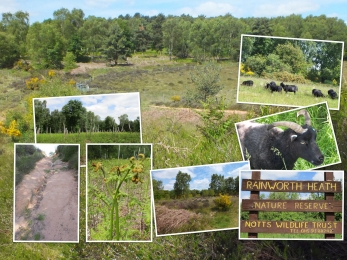 1986 saw the addition of Farndon Willow Holt, with over 40 different species of willow and Spalford Warren, including areas formerly used as a chemical munitions store.

By 1987 the estate had expanded to 33 reserves, with a mixture of owned sites and management leases. Including highlights such as: Fairham Brook, Clarborough Tunnel, Skylarks (The first wheelchair accessible Nature Reserve in the UK), Chilwell Meadow and Harrisons Plantation. 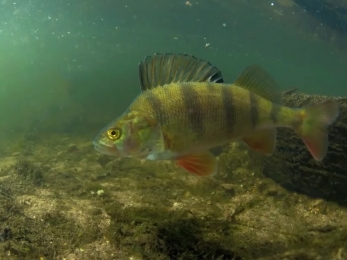 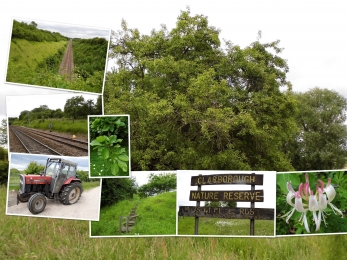 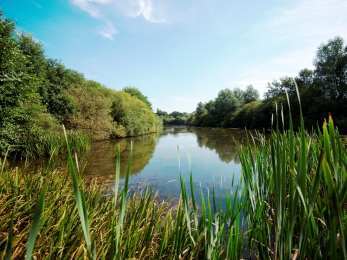 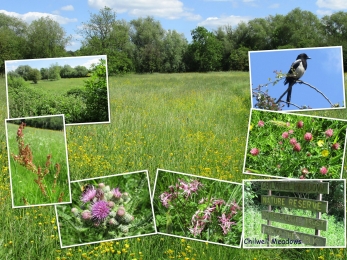 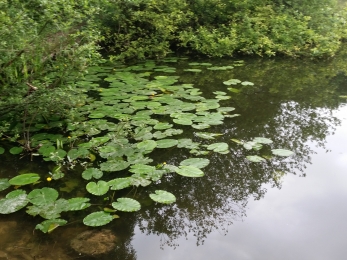 This was no mean feat in the days before lottery and landfill tax, and testimony to the generosity and tireless work of members as they arranged a bewildering succession of increasingly ambitious film shows, plant sales, theatre evenings, sponsored bird-watches, Country Fairs, and sales of goods at every possible village event.  This was localism in action and, without doubt, saved valuable wildlife habitats from destruction by enabling the Trust’s acquisitions.

In 1989 Nottinghamshire Wildlife Trust acquired part of the Idle Valley for the grand total of £1.  Over the coming years, further land came to the Trust in separate parcels to formulate the now Idle Valley Nature Reserve, which currently totals around 450 hectares of prime wetland habitat and it is one of the largest sites for nature conservation in the East Midlands and it is also one of the largest Site of Special Scientific Interest (SSSI)  in the county.

In 2008 The Idle Valley Rural Learning Centre was build, creating fantastic educational and events space with  a range of different facilities for visitors.

By 1999, the size of the estate had nearly doubled to 60 sites covering 2,000 acres.  With further highlights being: Duke's Wood an important historical site, being the location of the UK's first onshore oilfield.  King's Meadow a unique urban nature reserve with an unusually high diversity of habitats within a compact area. Ploughman Wood one of the county’s few remaining ancient woodlands and Faith Marriott a unique Nature Reserve that was formerly the garden of a period property next door and still has many original 1930s features. 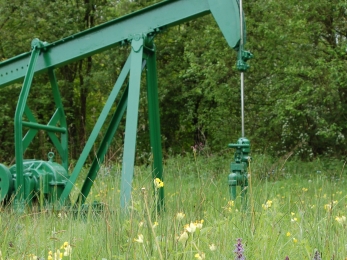 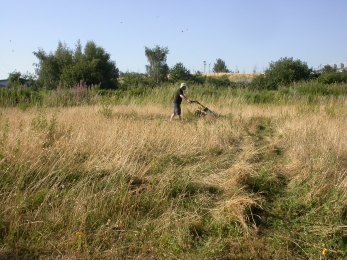 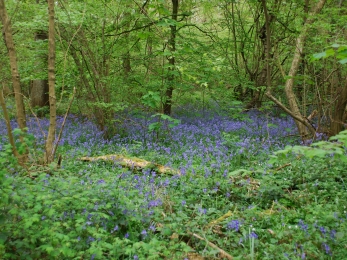 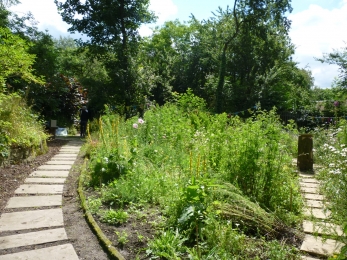 In 2001 Misson Carr SSSI Nature Reserve was purchased from the Ministry of Defence.

The purchase was the culmination of an almost thirty year campaign to safeguard the long term future of the site and was made possible thanks to the support of the Heritage Lottery Fund and the backing of Trust Members who responded admirably to an appeal for funds. Beacon Hill was also purchased in 2001 adding another site with significant wildlife value including scrub, woodland, hedgerows, grassland and wildflower meadow.

In 2005 Attenborough Nature Centre was officially opened by David Attenborough. The Nature Centre houses a host of facilities including meeting rooms, education facilities, interactive displays, a nature shop, and the Cafe and is a valuable resource for Nottinghamshire Wildlife Trust. 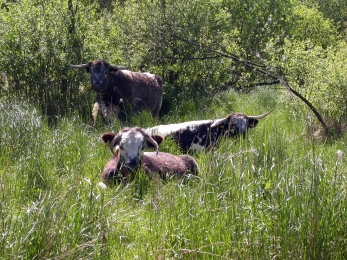 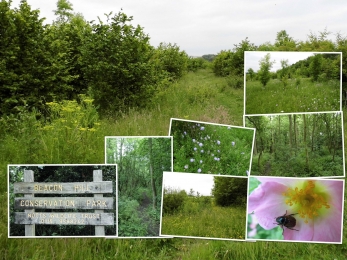 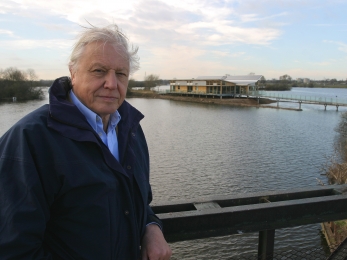 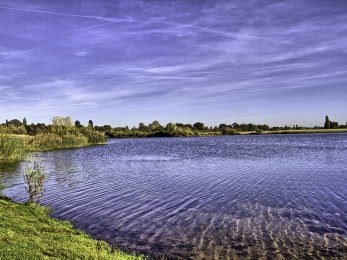 Nottinghamshire Wildlife Trust has a number of Nature Reserves across the county, creating a rich tapestry of wildlife habitats to be enjoyed and protected for years to come.

These reserves encompass over 2,000 hectares of land, all of which needs managing. This is carried out with help from not only our teams of dedicated volunteers and staff but also from the Trust's own flock of Hebridean sheep, (The  largest flock of pedigree Hebrideans worldwide) which carries out conservation grazing across our Nature Reserves, assisted by other sheep breeds and the Trust's cattle. 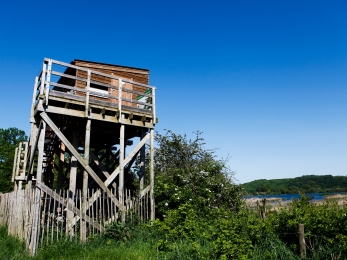 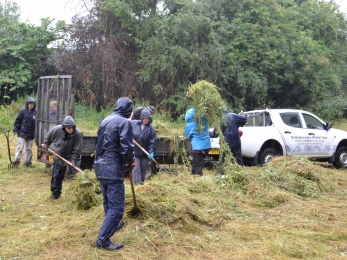 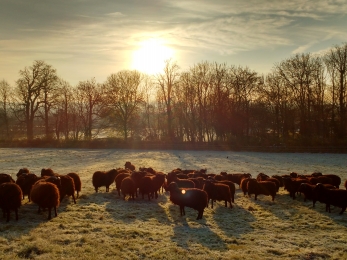 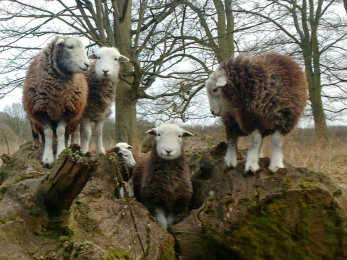 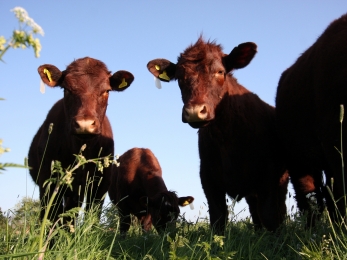 The work of Nottinghamshire Wildlife Trust is always on going and we are always looking to improve things for nature and find ways to stand up for wildlife and the environment. We have accomplished so much since our foundation in 1963, long may our work continue.