Nottingham Trent University's (NTU) Newton building is home to a pair of peregrine falcons who use a nest box provided in partnership with Nottinghamshire Wildlife Trust. These webcams stream the pair's activities live for excited viewers to follow the breeding season online from laying to fledging.

WARNING: These webcams show live footage of wild peregrine falcons. Please understand that at times this may include images that you might find disturbing.

Got questions? read our FAQs 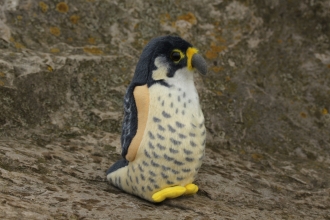 Squeeze this peregrine to hear its call (do not attempt this with a wild bird!). Other species are also avaliable on our online shop. 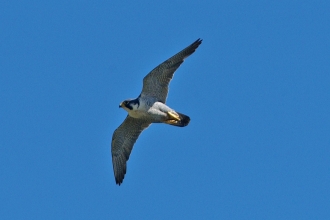 Learn more about the Peregrine Falcon - aka the fastest animal in the world. 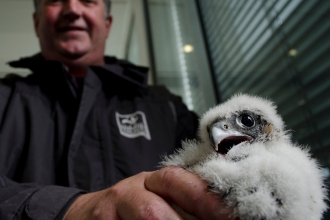 Have you got questions about our peregrine family? We have hopefully answered your questions already! 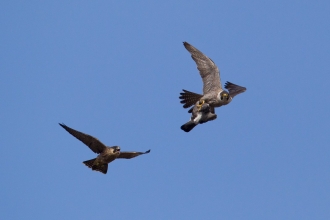 Keep up to date

Sign up to our e-newsletter to keep up to date with the latest from our peregrine family as well as wildlife news from across the county. 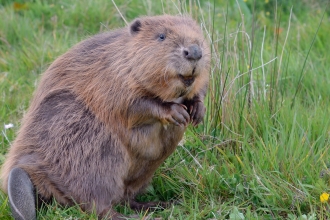 Help us create a wilder future

With your support, together we can create a wilder future for Nottinghamshire. Find out how you can support our work across the county, 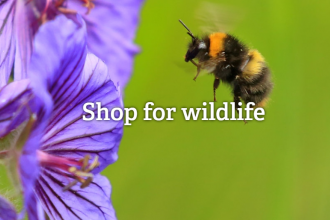 We have plenty more avaliable from nest cameras to books. Every purchase supports our work to protect our county’s precious wildlife.

We get a lot of enquiries regarding our peregrine falcons as soon as the breeding season starts in March. If you have any queries please read through our frequently asked questions and hopefully we will have already answered them!