Dare to be wild!

The Wildlife Trusts and University of Derby evaluated the benefits of daily nature contact with 1,000 people over five years.

The feel-good factor from simple daily contact with nature can last for months, once initiated, according to a new review from The Wildlife Trusts. The review is based on surveys completed by people taking part in 30 Days Wild – the UK’s biggest nature challenge which is run by The Wildlife Trusts and inspires daily acts of nature engagement every day during June.

Building on three peer-reviewed papers, the University of Derby has evaluated survey responses from more than 1,000 people over five years and discovered the enduring effects on wellbeing from participation in 30 Days Wild – the positive effects are still felt two months after the challenge is over.

30 Days Wild participants are provided with ideas, wallcharts and activity sheets that give everyone easy ways of enjoying nature whatever their location. These ‘random acts of wildness’ range from walking barefoot on grass, to sitting beneath a tree or watching birds on a feeder.

Key findings: 30 Days Wild – a five-year review is a summary of 1,105 people’s responses. The results show that taking part in 30 Days Wild not only significantly increases people’s wellbeing and heightened sense of nature – but that these positive increases are sustained beyond the life of the challenge – for a minimum of two months after it is over. The people who benefit most are those who have a relatively weak connection with nature at the start.

Other important findings include:

· Overall, those participants with the lowest connection to nature before doing the 30 Days Wild challenge gained the greatest benefits by taking part in the challenge.

This five-year evaluation of 30 Days Wild has produced remarkable results – it shows the positive power of simple engagement with nature. We were thrilled to see that the significant increases in people’s health and happiness were still felt even two months after the 30 Days Wild challenge was over. “The Wildlife Trusts have shown the importance of doing simple things to enjoy everyday nature and that it can bring considerable benefits. What really stood out was how the people who didn’t feel a connection with nature at the outset were the ones who benefitted most from taking part in 30 Days Wild.
Professor Miles Richardson, Professor of Human Factors and Nature Connectedness
University of Derby

Over a million people have taken part in 30 Days Wild during the last five years.

Last year, 2019, was the most successful so far, attracting 400,000 participants. This June, The Wildlife Trusts believe the challenge will prove more popular than ever as the UK battles with social restrictions and people are looking for ways to keep spirits up and entertain young families. Whilst time spent outside may be limited, daily nature activities – even at home – can open a door to a world of sensory delights, from listening to birdsong or growing a pot of wildflowers on a windowsill.

People of all ages can sign-up and download fun ideas, wallcharts, activity sheets and inspiration for going wild in nature during June. This year the campaign is 100% digital and everyone can download materials for FREE.

Dom Higgins, head of health and education at The Wildlife Trusts, says: “Every June, The Wildlife Trusts get very excited to see people becoming closer to nature in their daily lives. With 30 Days Wild there’s so much fun, enchantment and inspiration to be had. Connecting with nature every day, in an easy way, is a must have for our own wellbeing. That’s why The Wildlife Trusts are campaigning for better, wilder places near to where we all live and work so that everyone, everywhere, can enjoy nature on the doorstep. Dare to be wild this June! We want to encourage people who are least likely to spend time in nature in their daily lives to take part in the 30 Days Wild challenge and give it a go – those people who do not feel much of a connection to nature – because we know that they’re the ones who will benefit most from doing it."

“Our lives have been changed by coronavirus and this is giving people a reason to reflect on our relationship with nature, the way we live our lives and how we spend our free time. Precious moments outside on a daily walk help us to relax and feel happier. Even watching wildlife from a window, or on a webcam, connects us to that sense of being a part of nature, not apart from it.” 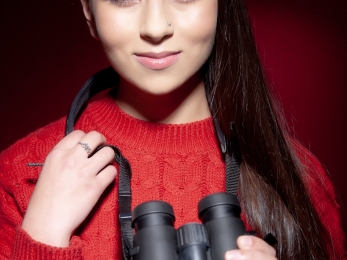 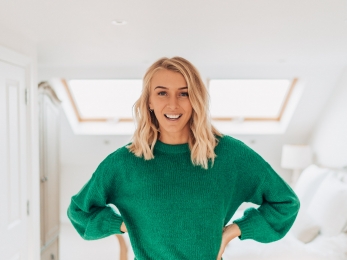 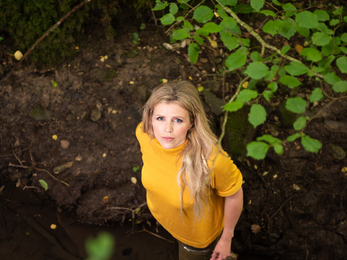 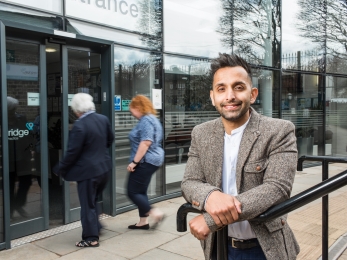 The 2020 challenge has brand new downloads to enjoy, including:

Our Big Wild Weekend events will focus on nature at home – on Saturday 20th June everyone’s invited to camp in their back garden or create a wild and beautiful nature den indoors!

30 Days Wild – a five-year review can be downloaded here.

Sign up for your free 30 Days Wild pack now!

Over 1000 care homes sign-up to go wild this June

Over 400,000 people went wild every day in June across the UK with over 1,700 in Nottinghamshire alone.